The introduction of new sand into the White Wing greenside bunkers started today. Over the past couple of months we had been removing a few inches of the Sure Play sand from the bunkers so that we could incorporate another sand (Caylor White) into the bunkers. The Caylor White compacts easier than the Sure Play sand which in time will improve the overall playability of the bunkers. Initially the sand will be soft and may appear that nothing has changed, this is not the case. With all new sand installs there is a period in which the sand seems to be "fluffy" but with daily bunker maintenance it will soon start to firm up. 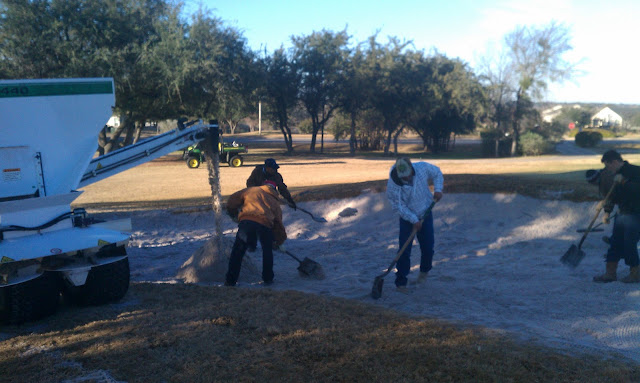 Below you can see that the sand removed from the bunkers was then used to topdress different areas of the fairways. 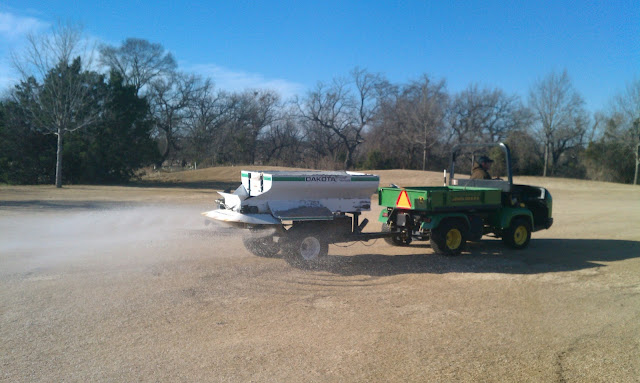