On 7/8/13 we began aerifying the fairways at Cowan Creek.  The following paragraphs and figures will explain the process we used, the difficulties we discovered, an explanation of the need for periodic fairway aerifications.
The original plan was to pull a core out of the fairways, pulverize the plugs, then drag the plugs back in.  However, in preparation of the process we discovered that the fairways suffered from excessive compaction from cart and machine traffic (as seen in figure A). 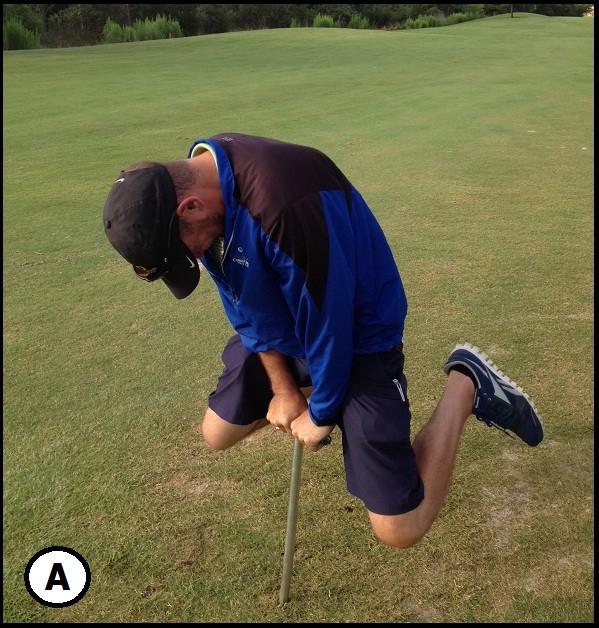 
We had difficulty using a hollow tine to pull cores at a sufficient depth, and some of the tines broke during the trial process.  We made an adjustment to our game plan and used a shatter tine on an Aerway ™ aerifier (Figure B and C).  The shatter tine allowed us to break through the turf and the rootzone to a depth up to 6” in the soil.  A key benefit to using a shatter tine as opposed to a regular slicer is the offset setup of the tines, leaning them away from the vertical line (Figure B).  As the tine exits the ground, it moves the soil laterally and fluffs the soil to decrease compaction. 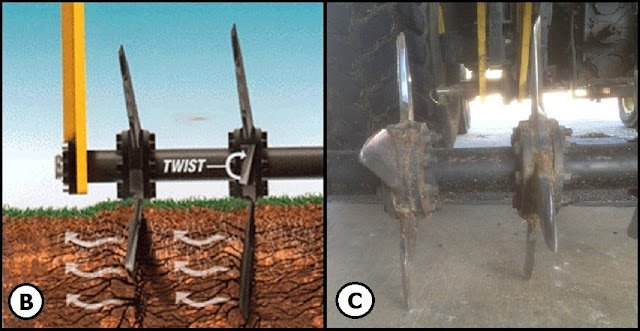 Similar to greens aerifications, this practice increases water infiltration and allows air to move into the soil profile.  In turn, this will promote a healthier root system which will benefit overall turf quality and color.  Below are photos of the fairway appearance after aerifying with the Aerway ™ using shatter tines (Figure D & E). 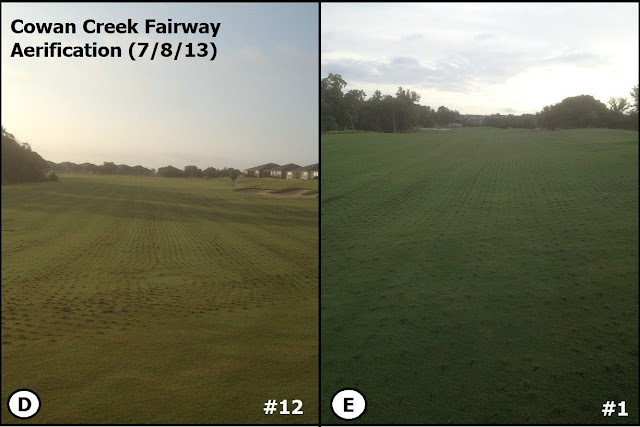 Although great for long-term health of the turf, the temporary negative effects of this process are evident for several days.  The shatter tine leaves a 4-5” slit in the turf (Figure F), and the turf is lifted up one side upon exit.  This causes the aerified areas to be bumpy.  We are currently using a pull-behind drum roller to smooth out the tufted areas (Figure G), and over time this practice along with general cart traffic will return the fairways back to normal.

Both White Wing and Legacy Hills are scheduled for fairway aerifications in the upcoming weeks. We will continue this (as well as pulling cores) in the future to alleviate our compaction issues.  These practices in conjunction with flushing and fertilizer amendments will help us maintain the best playing conditions over a long period of time.
Posted by Sun City Golf Course Maintenance at 2:34 PM