We have started the tee construction project on #5 tee at WW and hope to have demolition complete this week. This project will add an additional 600sqft to the blue/green tee on the left and combine the two tees on the right into one large tee that will be able to be played by both the green and blue tee users. 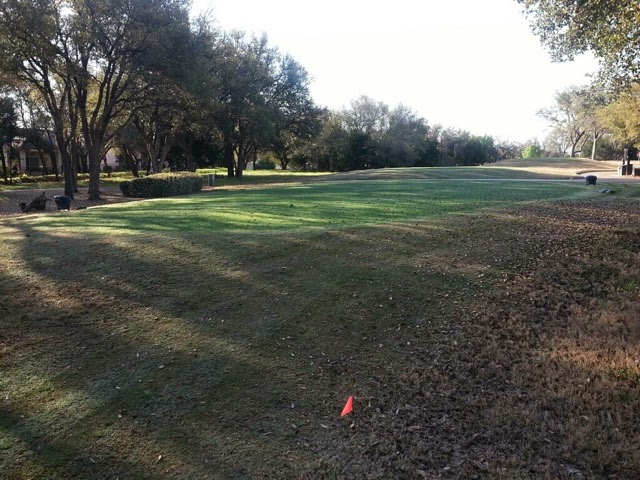 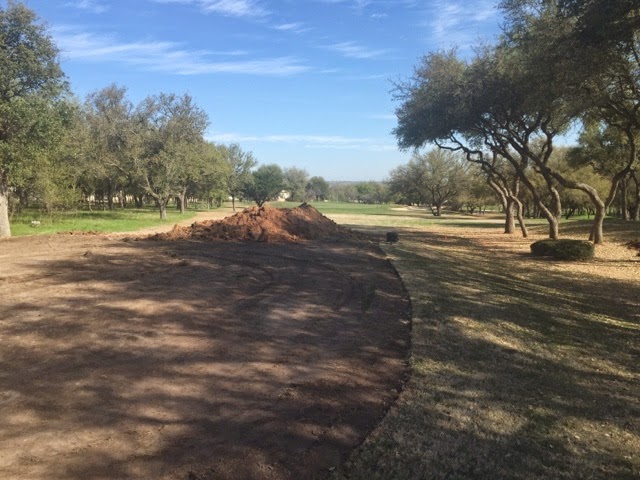 Things are finally starting to green up and it looks as if we are going to have a much better spring this year than we did the last (To say the least). We are going to leave the greens covers out another two weeks to be on the safe side in case we get one more shot of cold winter weather. The main thing is that we continue to keep an eye on the greens moisture as we have done all winter until we get into the optimum Bermuda grass growing temperatures.
USGA Site Visit
We have a tentative visit scheduled for the week of April 13th. Besides looking at overall turf quality we will be asking them to evaluate a number of green complexes that have a considerable amount of shade issues and make recommendations based on their findings.
Playability 2015
We look to schedule the playability tours of each course sometime in April.
Legacy Hills Greenside Bunkers
The greenside bunker renovation is complete and the bunkers are back in play as of last week.
Cowan Creek Greenside Bunker Renovation
The Cowan bunker project has been a bit slower than expected due to the bad weather in February but should still be complete in the next two to three weeks. This time frame includes the time to install the new sod edges around each bunker.
Soil Testing
March disease samples were sent to the lab on 3/10/15 and the results for all three courses came back clean of fungus. That being said, two days later we had a Pythium Blight outbreak on a couple of greens at Legacy Hills, mainly #14. (We sent in an additional sample) We sprayed a fungicide for the disease the next day and within a day the symptoms went away.
Audubon Certification
In the upcoming months we plan on establishing a support group including all the active participants in the certification process, as well as committee members from wildlife groups in Sun City.


Moisture Monitoring
Here is a week’s worth of moisture monitoring from White Wing.


Posted by Sun City Golf Course Maintenance at 8:08 AM