White Wing has been back open for a week now and everyone who has had a chance to play it have been very complementary on the overall conditions of the golf course. The greatest amount of comments have overwhelmingly been about how nice the fairways are right now. Unfortunately this was largely due to the fact that when we went to temporary greens the play at White Wing was reduced by half. Not the tradeoff we wanted for nice fairways but it does magnify the fact that heavy cart traffic plays a big role in the health and playability of the fairways and rough. Observing the 90 Degree rule will help in our efforts to keep the fairways as healthy as possible.


Collar Aerification
Over the next couple of months you will notice open aerification holes in the collars surrounding the greens. We are doing this to get rid of “sand dams” that have built up over the years and prevent surface drainage from draining off of the greens. We leave the holes open and water the collars after aerification, once they have been watered heavily with a hose we run the heavy tournament roller over the aerified collars so that it flattens the collars out. This will also allow for a smoother transition from collar to green which will allow for some shots to be easily putted from just off the green if the player so chooses. This item was discussed during the USGA’s site visit earlier during the year and we are following their recommendations on addressing the “sand dams”. 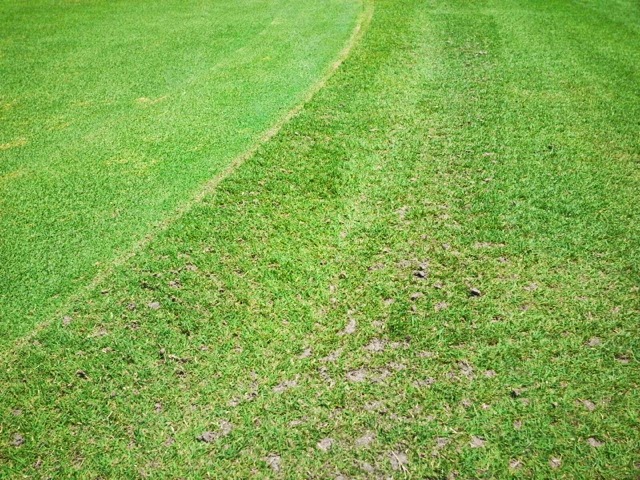 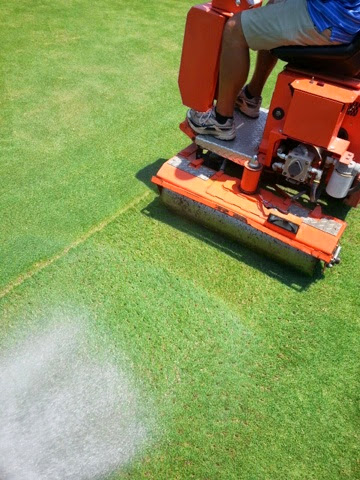