In the fall of 2010 we had a large rain event causing a large amount of flooding on the golf courses. One of the largest areas impacted by this flooding was the bottom of the landing area on the Cowan Creek driving range. As you can see from the photo below it caused some major erosion in the areas between the target greens which in turn made it difficult when the range balls needed to be collected.
This past Monday with the effort of the combined maintenance staffs we were able to address the larger areas that needed the most attention. The areas were leveled out with topsoil and then sodded with 419 Bermuda grass. The sod was then tacked down with turf staples to prevent any washouts during the time it will take the sod to take root. 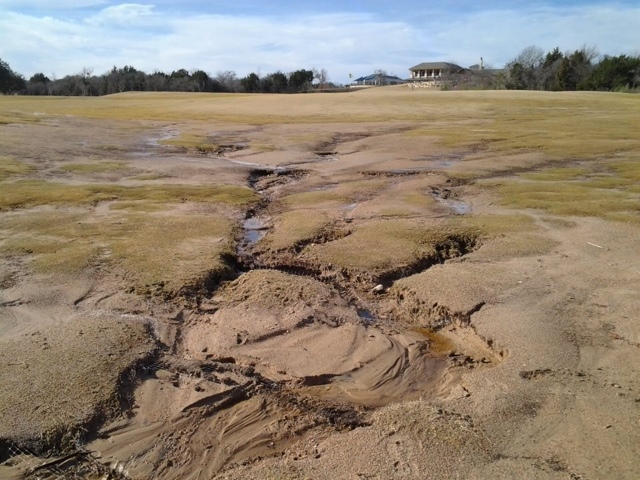 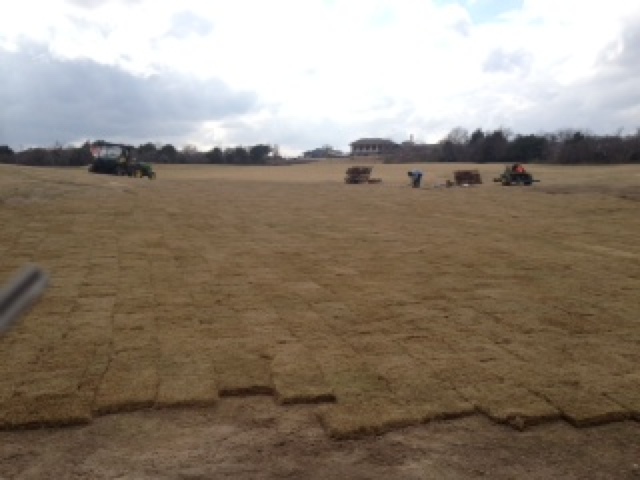 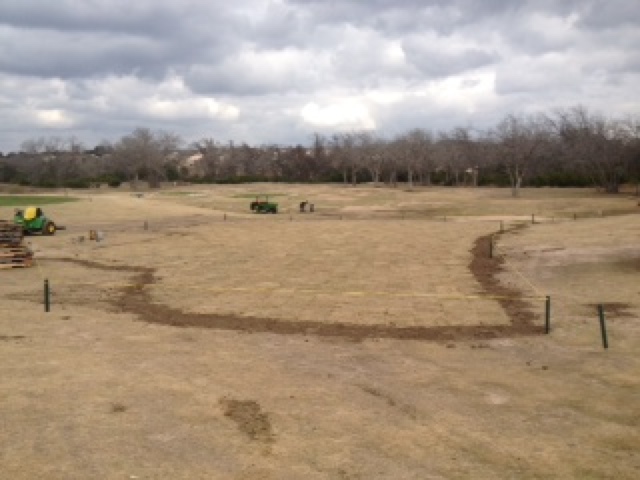 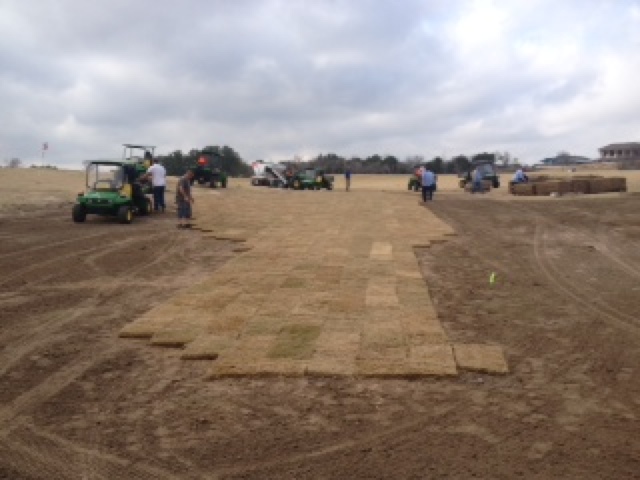 Posted by Sun City Golf Course Maintenance at 10:30 AM